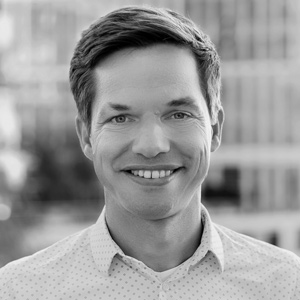 Jörg studied biology, specialising in host-pathogen interactions at the intestinal barrier. Scholarships from “The International Max Planck Research School for Infectious Diseases and Immunology” and from Novartis Animal Health allowed him to work in various international research environments. After receiving his doctoral degree (Dr. rer. nat.) from the Humboldt Universität zu Berlin in 2012 he spent six postdoc years at the Babraham Institute in Cambridge (UK), working as an immunobiologist. In parallel to his work at the bench Jörg received extensive training on communication and presentation skills early during his career. He also extended his skillset by participating in the UK’s 2012 “Biotechnology YES” young entrepreneurs competition, where his team reached the London final. Recognising that in contrast to the drive towards scientific excellence, well-structured and targeted education in personal and professional development was still rare in most settings, he developed a strong interest in advancing this process in the scientific community. To do so, he joined the hfp consulting team in 2013. After his postdoc, Jörg decided to fully pursue his career in the field of personal and professional development of scientists. Still at the Babraham Institute, he coordinated two equality and diversity projects and worked to improve the framework for postdocs, e.g. by establishing a mentoring programme. Jörg is now based in Hamburg, developing the hfp consulting business in Europe and working internationally as a trainer for the company.