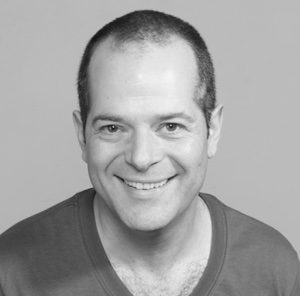 Yuvalal studied mathematics, physics and computer science at the Hebrew University of Jerusalem, and continued to study Theatre acting and directing at "The Performing Arts Studio", Tel-Aviv. Since graduating he's been sharing his time between theatre, software development, and academic research. Since 1995, besides directing and acting in numerous theatre productions, Yuvalal works with the Molecular Cell Biology department at the Weizmann Institute of Science, specialising in digital Image Analysis. He also works as an expert consultant and algorithm developer at various software development companies. As an acting teacher Yuvalal trained hundreds of students and mentored numerous groups in developing a concept into a play. His main focus in theatre is on investigating human interactions and formulating basic principles that support good acting. In addition, Yuvalal has a strong belief in the healing power of theatre, and is leading a theatre group for high-risk youth as a volunteer in a non-profit organisation. Since 2011 he joined the Theatre Lab at the Weizmann Institute, were he uses his knowledge of theatre to study human interactions using exact sciences tools. Yuvalal joined hfp in 2014: "The challenges of creating innovative science are great, and scientists deserve access to knowledge about leadership and human skills that are practiced in other fields. I'm excited to be part of hfp consulting in this meaningful task and to add my theatre perspective".