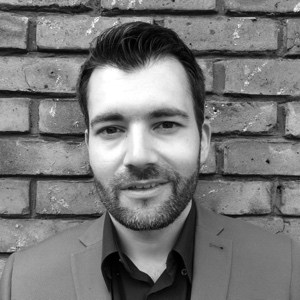 Franck studied at the École Normale Supérieure in Paris, where he graduated with a master’s degree in cellular and molecular biophysics. After a PhD at Birkbeck, University of London, and a postdoctoral training at the Cancer Research UK London Research Institute, he decided to get involved in science policy. He is now Policy Adviser at the Royal Society, the national academy of sciences in the UK. Franck enjoys being involved in highly stimulating collective endeavours. He has honed his skills in communication and team play in various contexts, e.g. as co-manager of a chamber choir. Singing in a choir has, in addition, stretched his listening capacities. Franck believes in the importance of being open minded, empathic, and bringing the best out of people. This is why he is thrilled to be part of hfp consulting. "Innovation relies not only on technical resources but also on the human environment. However the current academic training of researchers is much more focused on generating experts as opposed than team leaders. I believe that the leadership and management workshops designed by hfp consulting have the potential to dramatically improve the people skills of (future) leaders. Ultimately, this can have far-reaching positive effects on the development of younger scientists as well as on knowledge advancement."