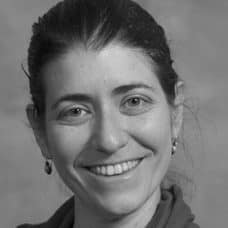 Dana Galili joined hfp as a trainee in 2018. She studied biology and psychology for a B.Sc and then neurobiology for an M.Sc. and a Ph.D. Currently, she works as a postdoctoral scientist in Cambridge, doing research on the neuronal basis of social behaviour in drosophila flies. Dana, you are currently a trainee trainer at […]

The European Journal of Clinical Investigation recently published a study listing over 400 highly influential biomedical researchers. The list was generated using metrics such as the h-index and the total number of published papers from the years 1996 to 2011. It is of course debatable how much these article level metrics are true readouts for impact or influence. However, […]

How to actively fill out the role as a (female) leader

In out last article, we presented some scientific evidence that women are disadvantaged in academic science environments. Other than implementing often controversially discussed quota policies, surprisingly little is done to counteract this gender imbalance, particularly found among leaders. In our Female Leaders in Science (FLIS) course, which was initiated and organised by EMBO earlier this year, we chose […]

It is an often cited fact that despite equal proportions of male and female undergraduate students in science, female scientists are underrepresented at higher career stages. For example, in Europe only about 20% of all full professors are female. In addition, women in science earn less money for the same work, they are less likely […]